Interested in adding a little spice to your life? Let us introduce you to Cinnamon! He is approximately a year old. Cinnamon loves attention! He enjoys being petted on his chin, face and ears. He enjoys the attention, but he does not enjoy being a lap cat or getting picked up. He gets along well with younger cats (older cats are so boring) and also gets along with dogs. Cinnamon loves treats and playing with various toys. He is very independent so he doesn’t mind spending time alone, but he can also be found cuddling up to his foster brother. Cinnamon is neutered, microchipped and vaccinated. Contact Sheyenne Valley Friends of Animals at 701-840-5047 or email jenni.svfa@gmail.com about the adoption process. 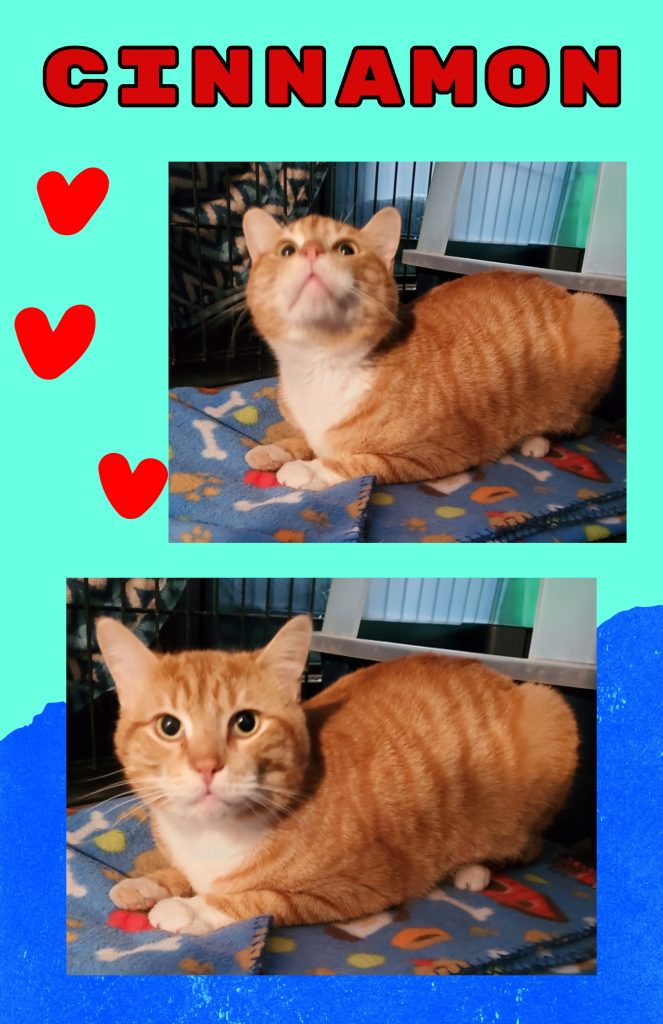 Find us on Social Networks